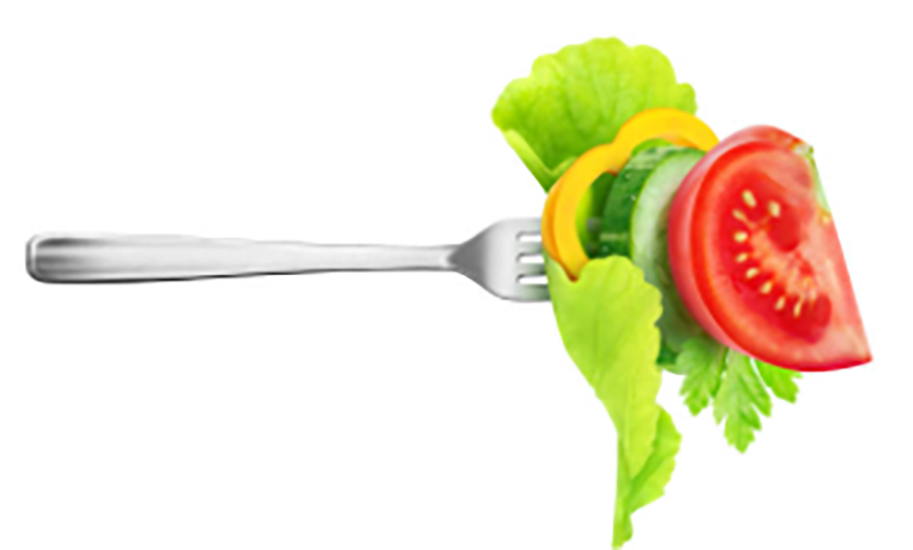 While in treatment at Loma Linda more than 21 years ago, the patient support programs taught me a lot about the importance of reducing/eliminating red meats and animal fats from my diet, increasing my intake of fruits and vegetables, and maintaining a serious exercise regimen. I wasn’t surprised several years later, when the Seventh-day Adventist community at Loma Linda would be designated a “Blue Zone” by Dan Buettner, a National Geographic Fellow and bestselling author. Blue Zones refer to five places in the world where people are the healthiest and live the longest. These five places are Okinawa, Japan; Sardinia Italy; Nicoya, Costa Rica; Ikaria, Greece; and Loma Linda, CA. Not surprisingly, all five Blue Zones are not identical in all aspects of diet and lifestyle. However, they all share one common characteristic: they promote a diet rich in fruit, vegetables, whole grains, nuts and legumes (e.g., beans, peas, lentils).

My interest in this subject following treatment prompted me to read certain books, such as The China Study, by T. Colin Campbell; Anticancer a New Way of Life, by David Servan-Schreiber, M.D; Health Power: Health by Choice, Not by Chance, by Hans Diehl, MD, and Aileen Ludington, MD, and The Blue Zone, by Dan Buettner. These all added greatly to my knowledge and commitment to a healthier lifestyle. Many of the points made in these books have found their way into the latest edition of my book, in Chapter 19, Impact of Diet and Lifestyle on Prostate Cancer Prevention and Recurrence.

There’s another important book on this subject: How Not to Die, by Michael Greger, M.D.

It’s an unusual title for a book that could possibly change your life – in a good way. It was brought to my attention by a good friend and BOB member, Charles Smithgall. It certainly has changed his life. Since reading the book and changing his diet, Charles tells me he eats all he wants without gaining weight and his key vital signs have improved. For example, his bad (LDL) cholesterol is down; his good (HDL) cholesterol is up; and his total cholesterol is well below the upper limit. And, he says he feels so much better, by just about every measure. Charles called to tell me about this book with palpable excitement and enthusiasm. He convinced me to read it as well as listen to it on audiobook (it’s narrated by the author).

The author, Michael Greger, M.D., is founder of the popular, Nutritionfacts.org, a science-based nonprofit that provides updates on the latest in nutrition research. His book has 560 pages, which includes a 154-page appendix, with valuable information on supplements and an exhaustive bibliography with references on How Not to Die from the 15 leading causes of death.

At the beginning of this landmark book, Dr. Greger makes the point that most doctors are very good at treating acute illnesses, but they don’t do a good job of helping to prevent chronic diseases. He points out that the 15 leading causes of premature death take the lives of 1.6 million Americans annually, and this doesn’t have to happen. By reading Dr. Greger’s advice, which is backed-up by a mountain of documented scientific evidence, you can learn about diet and lifestyle choices that can help you slow, stop, and even reverse diseases to live a longer and happier life.

In addition to very specific diet and lifestyle recommendations for dealing with the top-15 causes of death, Dr. Greger’s book provides a list of “the daily dozen,” a checklist of foods and activities that he says we should incorporate into our daily routines.

What, then, are the 15 leading causes of death in the U.S.? They are heart disease, lung diseases, brain diseases, digestive cancers, infections, diabetes, high blood pressure, liver diseases, blood cancers, kidney disease, breast cancer, suicidal depression, prostate cancer, Parkinson’s Disease, and iatrogenic causes. This last one may surprise you – you may want to look it up.

Read Chapters in Any Order

After reading the brief introduction and preface, you can quickly skip to any chapter that interests you. In the coming months, we’ll explore a few of the diseases that Dr. Greger writes about, beginning with a subject our members might find of interest …

Chapter 13: How Not to Die from Prostate Cancer

In introducing this chapter, Dr. Greger relates the story of a man, Tony, who seemed to be doing everything right: He followed diet recommendations from the USDA; switched from whole milk to skim milk; from beef to fish and chicken; exercised regularly, including running; avoided tobacco, alcohol and drugs; maintained a healthy weight; and he even managed, somehow, to “choose” parents and grandparents who lived long, healthy lives.

In his early 50s, Tony was diagnosed with aggressive prostate cancer. He elected to have surgery at a world-renowned medical center, and it left him dealing with urinary incontinence and sexual dysfunction. It was after these events that Tony learned about Dr. Greger and his body of research. He has since followed Dr. Greger’s diet and lifestyle regimen and has had no recurrence of his cancer.

Are Dairy Products …  and Chicken Bad for You?

Dr. Greger points out that, “Humans are the only species who drink milk after weaning. It also seems a bit unnatural to drink the milk of another species.” But milk, often from genetically “improved” cows, contains sex steroid hormones, like estrogen. Even organic cow’s milk contains hormones that can impact the lives of people who drink it.

“Mother Nature designed cow’s milk to put a few hundred pounds on a baby calf within a few months,” Greger says. During a lifetime of consuming milk, it’s easy to see how these factors can be connected to certain cancers. The hormone amounts in milk could explain the five-fold increase in twin births vs. women who don’t drink milk. Greger also references studies that suggest dairy products could stimulate the growth of hormone-sensitive tumors and promote the conversion of precancerous lesions into invasive cancers.

Dr. Greger also reviewed other scientific studies and experiments that showed a dramatic increase in prostate cancer in Japanese men since WWII, coincidental with a significant increase in egg, meat and dairy consumption.

Other laboratory experiments showed that cow’s milk stimulated growth of prostate cancer in a petri dish, while, almond milk, for example, suppressed prostate cancer growth. Still other studies, documented in the book, showed that high intakes of dairy products like milk (including low-fat milk) and cheese appeared to increase prostate cancer risk. These findings did not show up with consumption of yogurt and soured milk, possibly due to the presence of bacteria in these foods.

A Harvard University study showed that men who consumed as little as a single egg a day appeared to have twice the risk of prostate cancer progression, including metastasis.

The Harvard study found that, even worse than eggs, was poultry. The same Harvard University study, according to Dr. Greger, reported that men “who regularly ate chicken and turkey had up to four times the risk of prostate cancer progression.” Researchers suggested this may be due to heterocyclic amines, which are cooked-meat carcinogens, that seem to be present in chicken and turkey meat, more so than in other animals.

Dr. Greger reported on research done by Dr. Dean Ornish and Pritikin Research Foundation researchers, which showed that the blood of people who ate a plant-based diet was “dramatically less hospitable to cancer-cell growth than the blood of people in the control group who continued to eat their typical diet.”

The combination of a plant-based diet plus exercise seemed to show the greatest benefit. In one study blood from volunteers was dripped onto prostate cancer cells growing in a petri dish. And not surprisingly, the blood from the control group with a standard American diet and minimal exercise killed about 1 to 2 percent of the cancer cells. A second group included individuals who exercised regularly. Blood from this group killed 2,000 percent more cancer cells than the control group. But the best results – 4,000 percent cancer cell destruction happened when using the blood from the group that exercised regularly and consumed a plant-based diet.

Dr. Greger went on to show that a healthful diet and lifestyle can not only help prevent prostate cancer, it also has the potential to treat or reverse other cancers as well as other medical conditions such as type-2 diabetes, hypertension, and heart disease.

Other Studies and Helpful Information

Another study involved men with early-stage prostate cancer who were doing active surveillance. They were split into two groups: one control group and another group that followed a strict plant-based diet plus an exercise regimen. After tracking all participants’ PSAs for a year, researchers observed the control group’s PSAs increasing an average of 6 percent, but the plant-based diet and exercise group saw their PSAs drop by an average of 4 percent, suggesting their tumors were shrinking. Other testing, including gene testing confirmed these findings.

Many more studies were done and are reported in this important chapter in Dr. Greger’s book. All point to the fact that a plant-based diet plus exercise can not only slow prostate cancer disease progression, i.e., slowing the increase in PSA, or PSA doubling time, it can often reverse the disease as indicated by a reversal in PSA progression.

Recent research has provided overwhelming evidence that diet and lifestyle are major factors in health promotion; cancer, autoimmune, and cardiovascular disease prevention; and even disease reversal. Multiple publications by highly credentialed authors presenting volumes of documented scientific evidence provide a convincing argument that certain foods are not only unhealthful, they can even promote the progression of certain diseases such as prostate cancer. Countless studies have shown that a whole food plant-based diet, especially when combined with an exercise regimen has been shown to be especially beneficial to overall health and appears to play a critically important role in slowing, stopping, and reversing prostate cancer and other diseases. As Dr. Michael Greger points out, “A prostate-healthy diet is a breast-healthy diet is a heart-healthy diet is a body-healthy diet.”

Bob Marckini and several other patients of the Loma Linda University Proton Treatment Center formed the Brotherhood of the Balloon (BOB), a 10,000-member organization of prostate cancer patients from all 50 states and 39 countries, in December 2000. Learn more about BOB.