The Power of Proton: An Interview with Patient Stakeholder Thomas Wallace 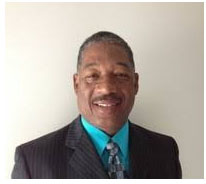 Welcome to our Newest COMPPARE Institutions!